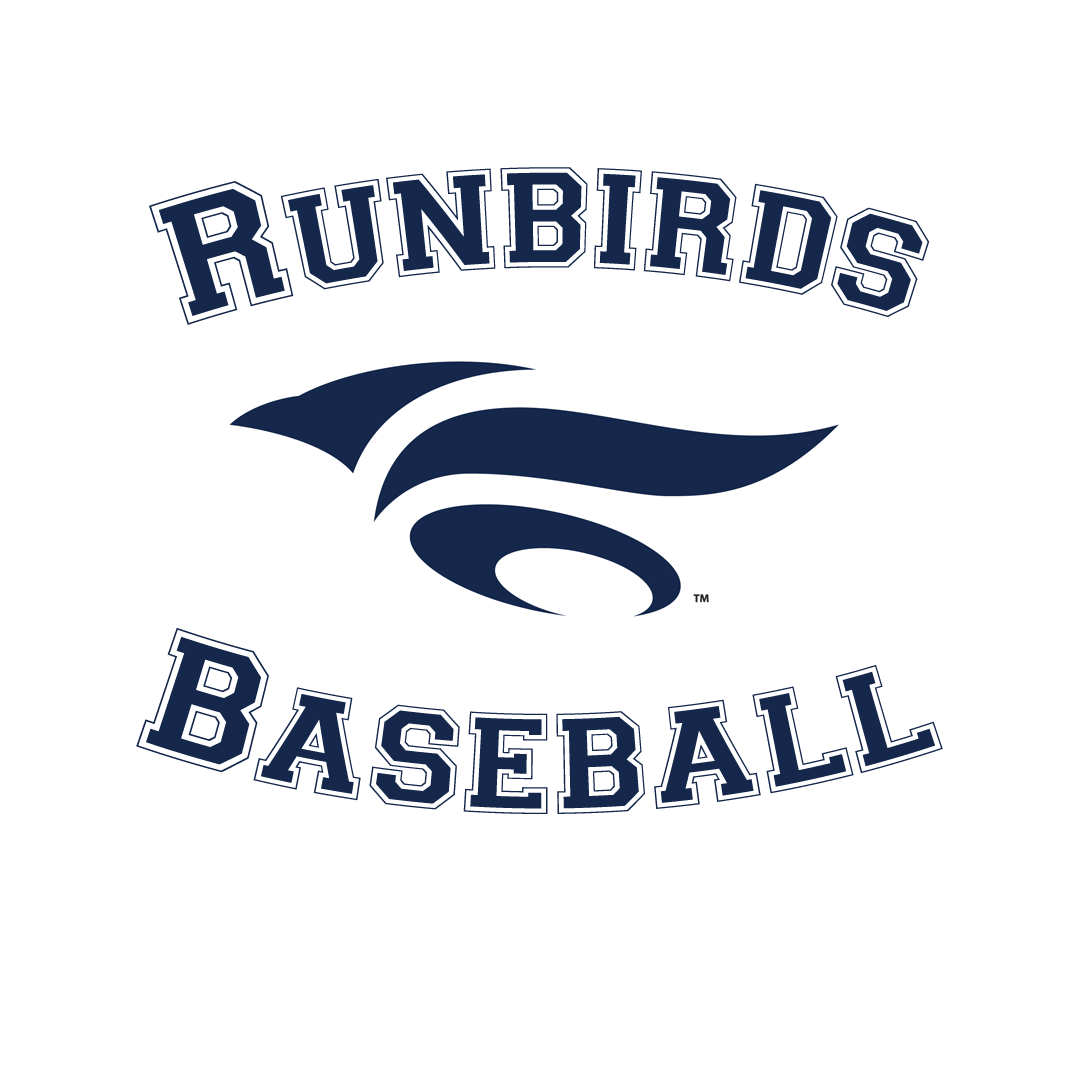 Our Baseball Coaches Why We Are Successful?

Team Mizuno Northeast prides itself on providing committed players with the best baseball development period. That promise is facilitated by some of the best baseball coaches and instructors in the area. Head coaches of Mizuno Northeast must have at least college playing experience and know the importance of focusing on team building.   They must also possess the interpersonal skills to relate to players and their families. In addition, Mizuno Northeast feels it’s important to remove players from a biased situation that could affect their overall development. Therefore, parent coaching is not allowed for all age groups. Practices are run by professional coaches with college or professional playing experience. TMNE coaches focus on consistency, repetition, work ethic, positive attitude, discipline, structure; which develops a better baseball player and teammate.

Nate is a graduate of Assumption College (’04) with a degree in Business Management. He is also a graduate of Shrewsbury High School (’99) and Bridgton Academy (’00), where he excelled as a two-sport athlete in both baseball and hockey, earning  5 varsity letters each in both sports while at Shrewsbury High School.  Nate was also a Telegram and Gazette Super Team all-star in both hockey and baseball and still to this day holds records for both sports at SHS. With over 20 years of coaching experience in travel ball and Varsity HS, Coach Sorensen has won several national championships and placed several thousands of his players in College Programs. Nate is the owner of Team Mizuno Northeast Runbirds and Roadrunners along with the Shrewsbury Club.

A three-year starter for the Nipmuc Regional High School and DVC player of the year in his senior year. Kelley Rooney was awarded to the first team All-Conference two years in a row. He led the team in average, OBP, total bases, and steals. After graduating from Nipmuc in 2011 he walked on to the Umass Lowell Baseball Team his freshmen year. There, he started two years as a second baseman under Ken Harring at Umass Lowell. His senior year he was the leader in on-base percentage along with fielding percentage. Kelly has also played Summer ball in the FCBL (Future Collegiate Baseball League) for the Old Orchard Beach Raging Tide where he started as a Shortstop/Second Baseman.

Kevin was a two-year starting catcher at Lawrence Academy. Kevin was part of the 2011 undefeated Spartans where he led the team in average and received the Co-MVP with Tyler Beede (San Francisco Giant RHP). Kevin played for the Worcester Heat from 2002-2004, also played for TCB, NEB, and the Frozen Ropes. Kevin Graduated from Lawrence Academy in 2012 and went on to play baseball on scholarship at American International College. Kevin has also been working with Len Solesky for over 10 years and continues to learn from him to this day.  Kevin joins the successful staff of baseball coaches who have made Hit Quarters their home for teaching baseball to the youth

Rob (pictured far right) serves as head coach of our 12U Roadrunner team and assistant coach of our 17U New England team. Rob has coached at 13U, 14U, 15U levels for Mizuno over the past three seasons. Before joining Mizuno Rob coached 12U and 13U baseball with the Worcester Warriors. Rob also coached in Grafton Little League for 10 years at all age levels.  As a player, Rob brings over 18 years of experience. This includes 4 years of college baseball at Salisbury University where he was a recipient of the 1988 Scholar-Athlete award. In addition to college ball, Rob spent 10 years playing in the Northern Baseball League, a summer college league, where he was a 5-time all-star selection.

Zach played Baseball ( D1), Football ( D1), Swimming ( D1), and Basketball (D3) in college. I graduated magna cum laude with a degree in Biology, Chemistry, and Health Science. I also played baseball in the minors. I have experience coaching baseball, basketball, and football at the high school level, middle school level, and individuals. I am also a bodybuilder and strength and condition coach with 15+ years of fitness, health, wellness, physiology, and nutrition experience. I love everything that has to do with sports and fitness, I have been through everything you could imagine with sports and fitness, which has given me insight that very few have obtained. I am so excited to develop and create amazing athletes and amazing individuals.

AJ was a three-year starter for St. John’s High School and a Pioneer award winner his senior year. He was in the top ten in batting average his junior and senior year. After graduating from St. John’s he attended Avon Old Farms School for a post graduate year. At Avon he received the Most Valuable Player award. AJ moved his baseball career to Bryant University on scholarship where he started for four years as the left fielder. His freshmen year he was named a Louisville Slugger All American and NEC Rookie of the Year. His senior yer he was awarded Tony Gwynn Classic All-Tournament Team, All NEC Second Team, NEC Tournament Team and Second Team All-New England.

AJ graduated from Bryant University with a degree in Marketing and a double minor in Communications and Sociology. AJ was a top 10 prospect by the New England Baseball Journal his junior year of college. For three Summer he played baseball in the Valley League in Virginia for the Aldie Senators. His sophomore Summer he played for the Newport Gulls in the NECBL, followed by the Plymouth Pilgrims who were also in the NECBL. AJ Zarozny is a three year player for the Worcester Heat and also played for the New England Ruffnecks and NEB.

PJ and is currently the pitching coach for Franklin Pierce University and has 3 years of coaching experience. From Rutland MA, he is a former player from the Team Mizuno North East program (2007-2012) and spent time as a pitcher, an outfielder, and first baseman. PJ attended St. John’s High School (class of ‘14) where he played baseball for 4 years at the varsity level as a pitcher and outfielder. While attending St. John’s PJ was a member of the 2011 district championship team and received the Worcester Telegram and Gazette super team honors two years in a row, 2013 and 2014. The USA today’s all-Massachusetts team honors was also awarded to PJ in 2014.

From there he went on to play for Merrimack College (Class of ‘18) as a starting pitcher over the next 4 years. In his time with the school, he would be named to the Northeast-10 conference all-rookie team in 2015, Northeast-10 all-conference 2nd team and Northeast-10 all-championship team in 2018. PJ helped Merrimack to its first conference championship and NCAA regional appearance in over 20 years, in 2018. PJ graduated as Merrimack’s all-time leader in wins, strikeouts and innings pitched (18, 266 and 256.1 respectively). From college PJ went on to play independent professional baseball for the Winnipeg Goldeyes, Evansville Otters, and Trois-Rivières Aigles.

Marcus graduate from Georgia Gwinnett College where he played baseball for 4 years as a Middle Infielder. He was a 2x All American in the 2017 and 2018 seasons. Marcus holds 10 All-Time Records for his college; including games started with 207, At-Bats with 720, stolen bases with 142 and many more! Going on to get his masters in the Arts of Management at Briar Cliff University Marchus was the Head Infield Coach for the Briar Cliff Chargers for 3 seasons; completely revamping their infield program by introducing new drills, programs, goals and expectations the team went from a sub-par .800 fielding team to a reliable .930-.950 in just the first season and continued to improve in the years that followed.

Marcus’ time at Shiloh High School left him with many achievements. In 2012 Marcus was part of the Gwinnett County all-region team and was in the top 50 players in Georgia in 2012. Before moving on to College, Marcus also set a record in 2013 for the most doubles in a single season. At Georgia Gwinnett College, Marcus graduated with a Bachelor’s in Criminology in 2018. Where he played baseball for all four years,  NAIA First Team All-American in 2017, Marcus made the 2018 NAIA world series semifinals and had an honorable mention in the NAIA the same year.

Steve is a New Hampshire native having played and graduated from Londonderry High School in 2004. He is currently the Head Junior Varsity baseball coach for Blue Hills Regional Technical School in Canton, MA and in his third season with the school.

He has prior travel ball coaching experience with the Concord Cannons of Concord, NH and the Next Level Shamrocks of Manchester, NH.  Additionally he has scouting experience with the Fullerton Flyers of the Golden Baseball League under Head Coach Gary Templeton, the Atlantic City Surf under GM/President Chris Carminucci and with Baseball Info Solutions under John Dewan.

A graduate of Milford High School class of 2014, Cam was the baseball varsity captain and played on the Milford varsity football team. He is a 2-time American legion State Campion for the Milford legion post 59. Moving on to Plymouth State University to receive a Bachelors of Science in physical education in 2019, Cam played baseball for all four years there, where he pitched 116 innings and 78 strikeouts.

Ed was Massachusetts player of the year in 1988, winning 33 consecutive games while pitching for St. Peter-Marian High school in Worcester MA. Being selected in the 6th round of the 1988 amateur draft, he was selected by the Boston Red Sox. Ed was a pitcher in the minor leagues who later became a coach and manager in the Independent Leagues. After Coach Riley’s playing days he then rejoined the Red Sox in 2001 as an assistant to pitching coach Joe Kerrigan and hitting coach Rick Down, helping with batting practice and videotaping. He also operated his own baseball school, and later became pitching coach for the Worcester Tornadoes of the Can-Am Association under manager Rich Gedman. In 2005, he was reactivated for a time and pitched 9 games for Worcester.  He took over as manager of the Tornadoes in 2011. Ed is currently the Head Baseball Coach at St Paul’s HS in Worcester, MA and prior to  that he was the Head Baseball Coach at his alma mater St. Peter Marian HS in Worcester, MA. Ed also coaches Mizuno NE 12U and 17U Runbirds teams.

Terry is a graduate of Saint John’s HS (’88) in Shrewsbury, MA where he excelled at baseball and football.  He later went on to play baseball at Colby College (’92) before starting his coaching career.  Terry brings a plethora of coaching experience to the organization at various levels.  Terry  has coached at the youth, high school, and college ranks. As a coach at Saint John’s HS, he helped lead the team to 5 district titles and 1 state championship in 13 years.  He has also coached at Hamilton College, Assumption University, Grafton and West Boylston American Legion summer teams, and St. Peter Marian HS in Worcester, MA. Terry currently coaches varsity baseball at St. Paul HS, Worcester, MA and at Joe Schwartz LL.